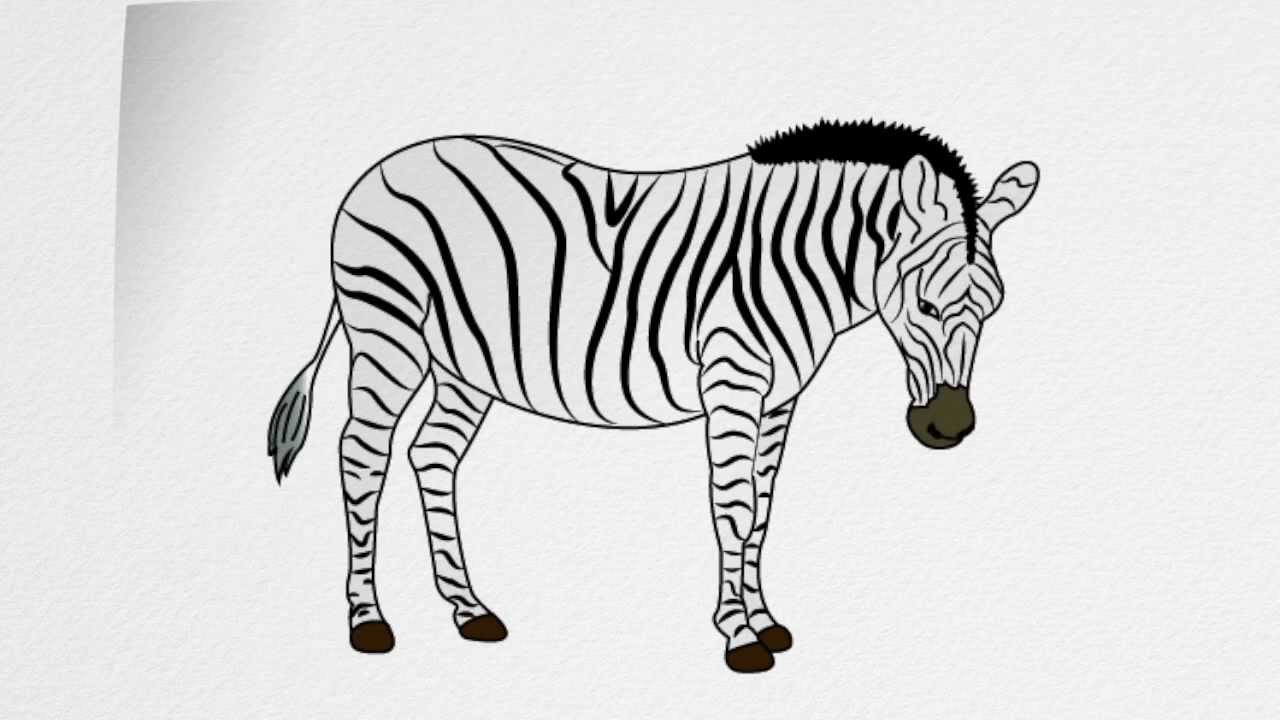 Draw Zebra: The black and white striped cute looking animal is none other than the Zebra. It is one of the most beautiful animals. Drawing a zebra is quite interesting as we have to draw the pattern on their body carefully.

Want to know some interesting facts about the zebra before drawing it. Eccoci qui. They resemble the horses having a white body with thick black stripes. When being chased by a predator, they run in a zigzag manner making it difficult to be caught. The group of zebras is often called zeal. Zebras have only one toe in each feet and they cannot see the orange color. They are very fast and can run upto 65kph which is enough to outrun the lions. Because of the white coat, they reject 70% of the incoming heat. They sleep while standing like the horses.

Did you find them interesting? Now we shall continue with our drawing.

How to Draw Zebra

Fare un passo 1 First draw a circle for the head of the zebra and then draw another circle near it for its snout. Draw a rounded rectangle below the head for the body of the zebra. 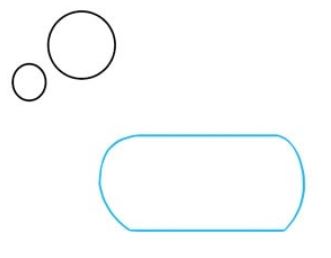 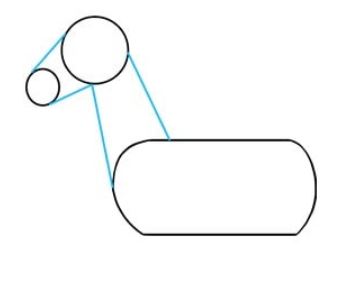 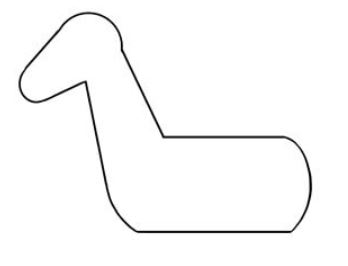 Fare un passo 4 Draw the front and hind legs of the zebra. They are thin long rectangles with a small rectangle at the end for the feet. 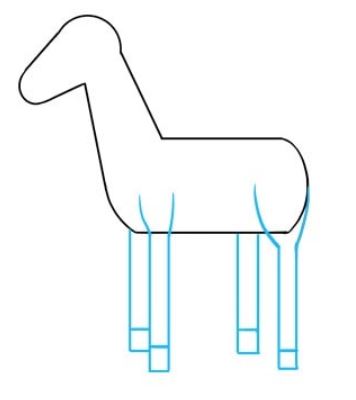 Fare un passo 5 Draw two triangular ears and the zebra’s mane starting from the ears till the starting of the body. Draw a thin long tail as shown in the figure. 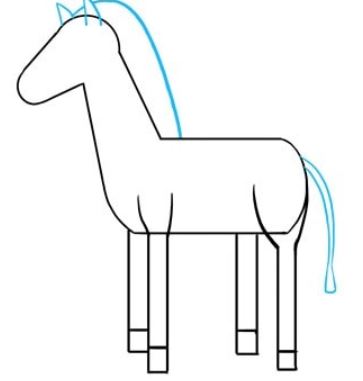 Fare un passo 6 Now erase the overlapping lines between the belly and the legs. 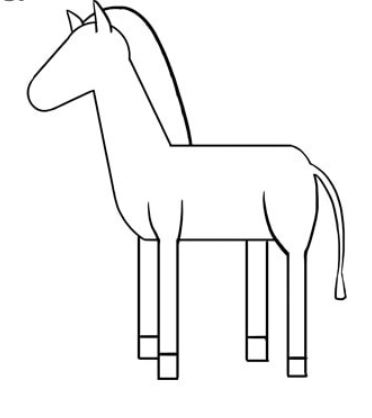 Fare un passo 7 Draw thick and sharp curves to form the stripes over the zebra’s body. Draw these stripes in the neck, mane and even in the legs. And then work with the mouth, give a curved line to make a smiling face. 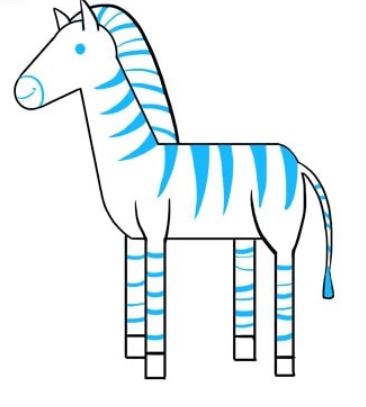 Fare un passo 8 Your zebra is now ready to roam in the jungle. Color the body with white and the stripes black.

How to Draw Zebra step by step? 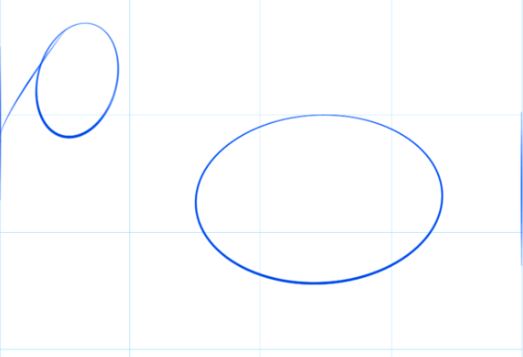 Fare un passo 2 Now draw a circle overlapping the body for the hip. Connect all the figures with a smooth curved line to form the back of the body. 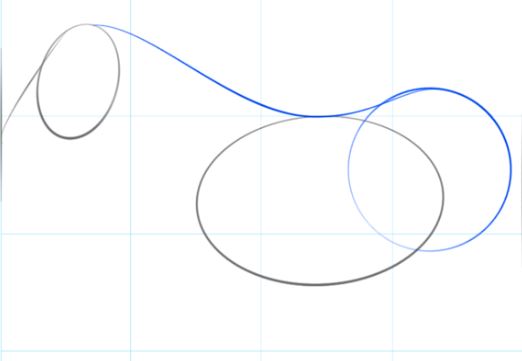 Fare un passo 3 Again by drawing a smooth curve form the neck and mouth of the zebra. Also mark the eye with a short line. 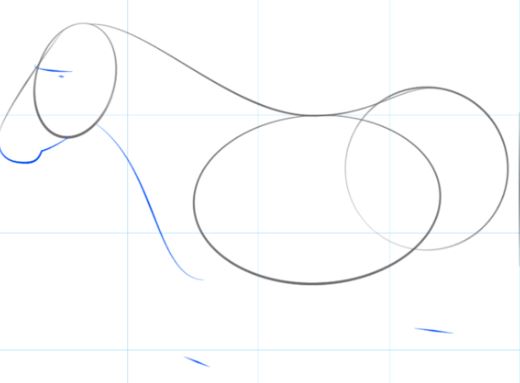 Fare un passo 4 Draw the outlines for the legs and draw two triangular ears on top of the head. 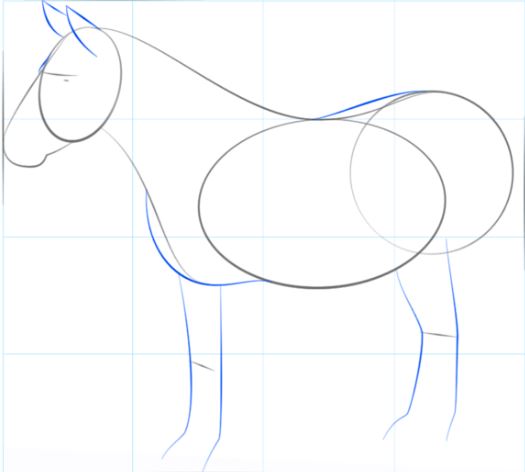 Fare un passo 5 By following the outlines of legs, draw the front and hind legs and the tail as illustrated in the figure given below. 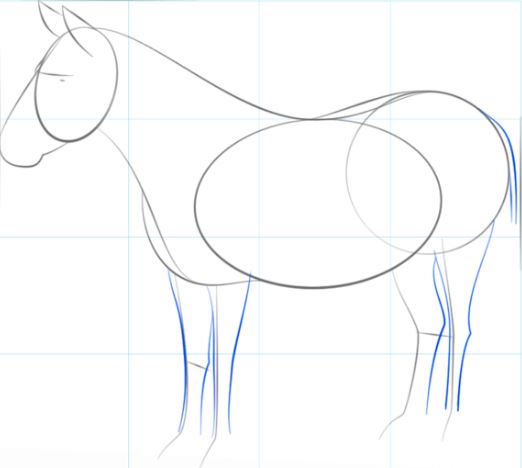 Fare un passo 6 Define the leg joints and the hooves of his feet. Draw short simple lines for the eye, nose and mouth. 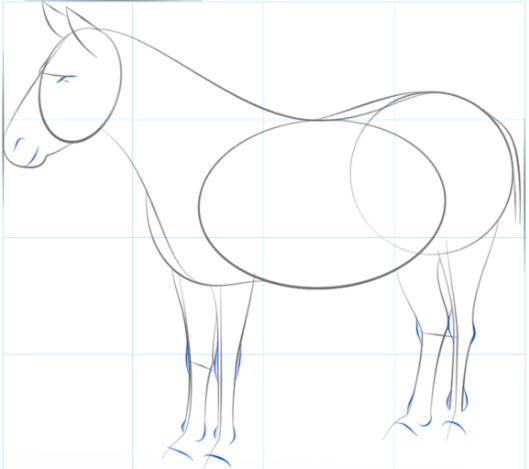 Fare un passo 7 This step requires all the detailing we can do. Draw the zebra’s mane. Give definition to the legs and a flame like shape at the end of the tail to show the fur. Erase all the outlines. 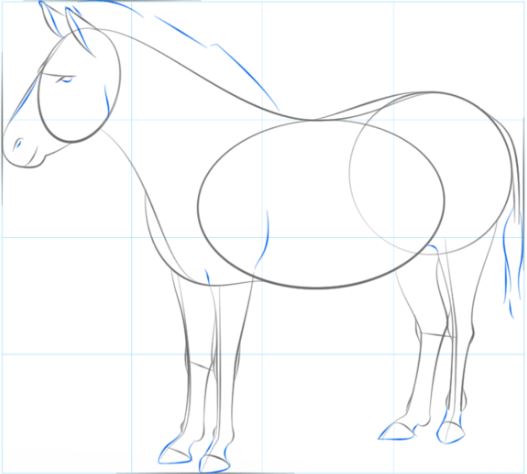 Fare un passo 8 Fill the entire body including the head, mane and legs with long thin double lined black stripes to complete your figure. Have a close look at the figure and then try to replicate it. 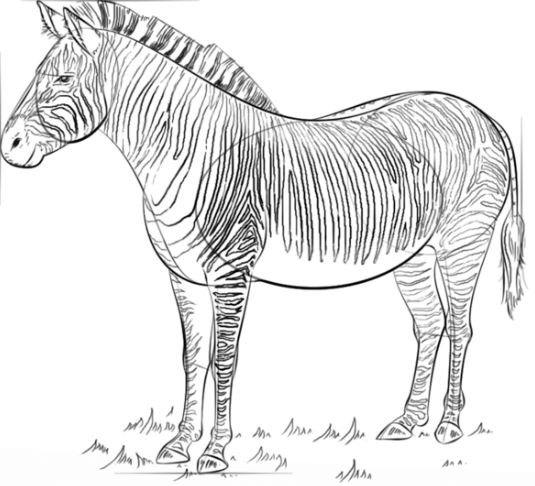 Well done children, I think you are really getting better with your drawings. So keep on practicing and check my other posts for many more difficult drawings. If you want me to draw something specific or have any doubts, please do mention them in the comment section.

1 thought on “😍How to Draw Zebra : Guida passo passo😍”