😂How to Draw A Hand : Guida passo passo😂

How to draw hands! is one of the initial steps before we can start to draw a human figure. Human figure becomes perfect when we are able to draw each and every body part flawlessly. Hand is one among them as its detailing tells the posture of the person.

The style of hands lays an impression on the person with whom he is speaking to. It shows his confidence and belief in himself.

So children, never take any drawing lightly how much little it may be. Doing lots of practice is only going to shape your future.

There are many postures of hand that we can draw. I will teach you the technique how to begin with, so that it will help you gain a basic idea. Then, you can try to draw any of the following pictures given below. 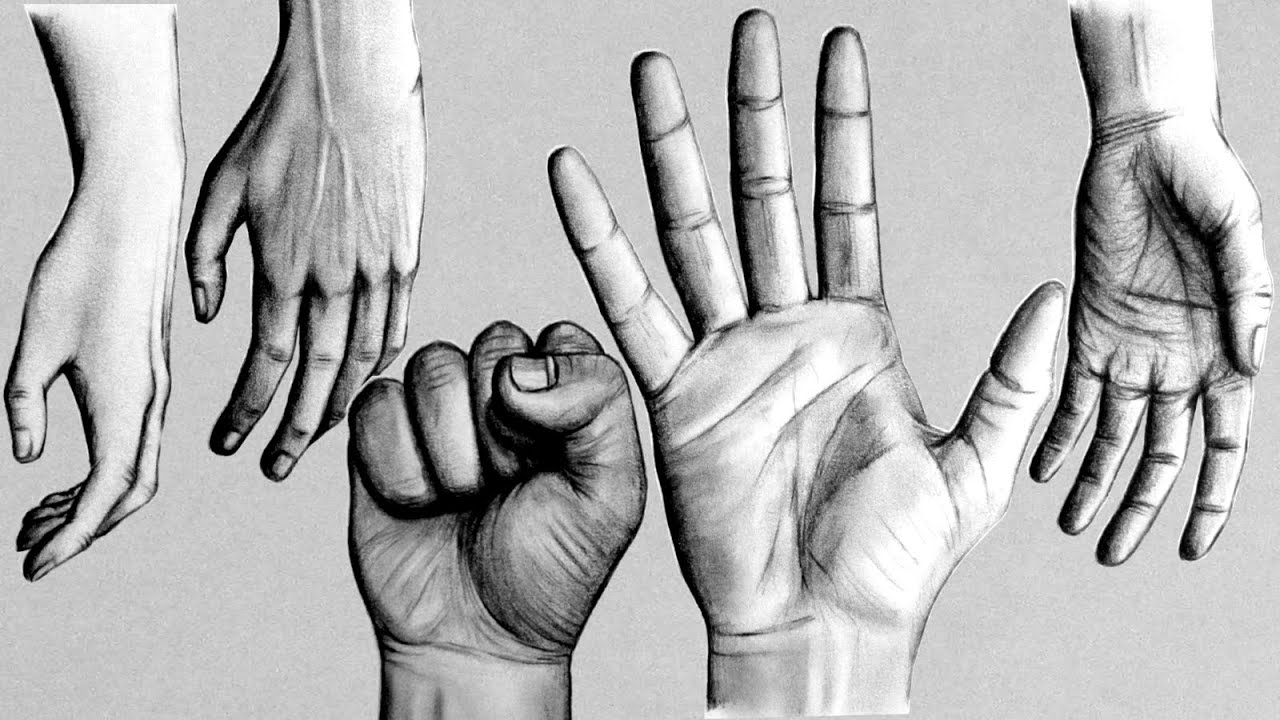 So let’s begin with the hands tutorial.

How to Draw a Hand step by step?

Fare un passo 1 There are lot many techniques, I am sharing the one which I found easiest. Keep your hand in a paper and trace it out using 7 points as shown.

Fare un passo 2 Continue drawing the hand by joining all the points one by one.

Fare un passo 3 Using ruler will not help you to get the actual shape. Use your free hand to give a shape to the fingers.

Fare un passo 5 Give some details to the fingers as shown in the figure.

Fare un passo 6 To make it look realistic, try to produce the wrinkles in the skin through shading.

How to Draw Anime/Cartoon Hand?

Fare un passo 2 Draw three circles on each of the line drawn for the fingers. Complete the wrist by drawing another line.

Fare un passo 3 Now in this step we will draw the fingers of the hand and complete the wrist by drawing a line in the right as shown.

Fare un passo 4 Disegno the small lines for the knuckles and wrist bone. Erase all the outlines drawn previously.

Fare un passo 5 This is the picture of your drawing. You can color or shade it as per your liking.

Way to Draw a Hand Holding Something

Fare un passo 1 First step is quite simple, we will start by drawing an outline looking similar to our fist. 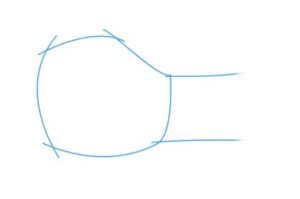 Fare un passo 2 Disegno 5 lines for the fingers, the distance should be equal and the line for the thumb will be different as shown. Draw small circles to mark the joints. 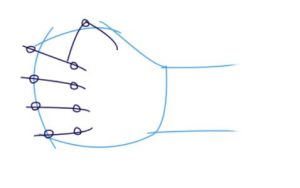 Fare un passo 3 Now we will draw the fingers using the outlines made in the earlier step, and bend the fingers at 2nd circle to mark that we are holding something. Keep in mind to draw some lines the palm also. 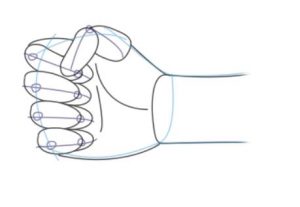 Fare un passo 4 Remove the outlines and darken the actual lines. Now draw the object above and below the hand to make it look that it is being held. 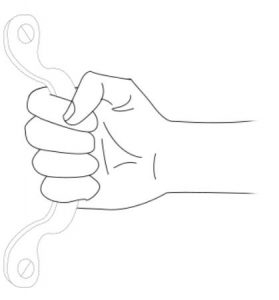 Fare un passo 5 Wow, it looks amazing. Now you can color appropriately or follow the colors we have used. 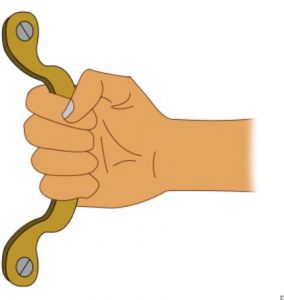