Hello children, today we will be learning to draw a star. Stars are the most recognized astronomical objects which are the fundamental building blocks of galaxies.

They are even the source of generation of carbon and oxygen. They are formed within the clouds of dust and spread through most of the galaxies. 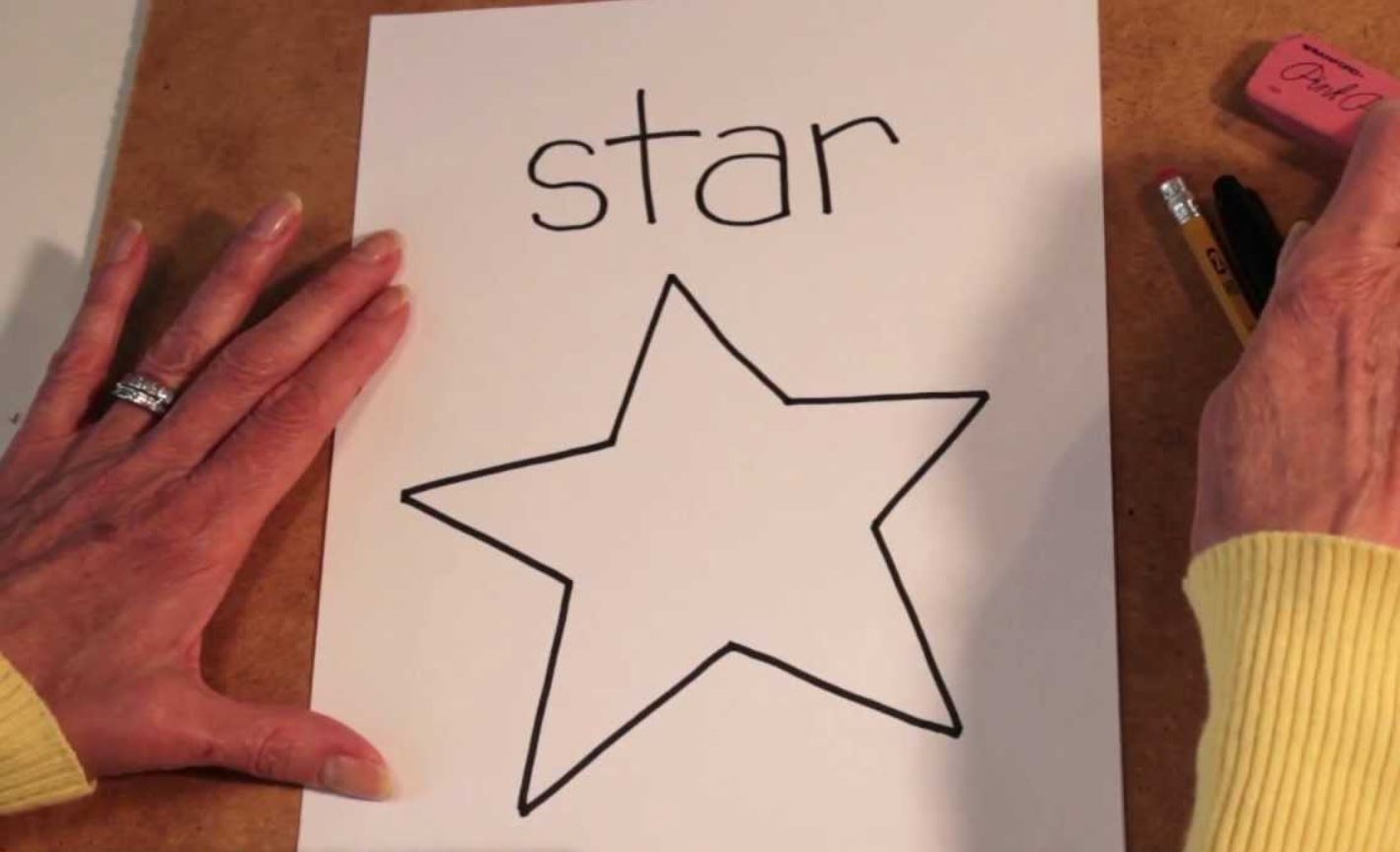 Gazing stars is one of the best scenes that makes us feel so amazed that we don’t bother about any other things. Children you all must be fascinated about stars.

No more facts now, let’s get back to our drawing. Grab your things and enjoy the tutorial.

How to Draw a Star step by step?

Etapa 1 Draw a circle as an outline to maintain the proportions of the star. The size of circle will be equal to the size of star.

Etapa 2 We have to divide the circle into 5 equal parts. So calculate the circumference i.e. 2*pi*r=C. C/5 should be distance among all the 5 points. Then join the points as depicted.

Etapa 3 We a give 3D effect in this step. Connect all the vertices to the center of the circle to form the effect.

Etapa 4 To complete your figure, erase the base of all the triangles and then remove the circular outline.

Etapa 5 Last step will be to color the figure, try a give a faded look by giving strokes in the same direction as I have done. Have a look at picture below.

Way to Draw a Star for Kids

Etapa 1 First we start by drawing 2 lines like the addition symbol. 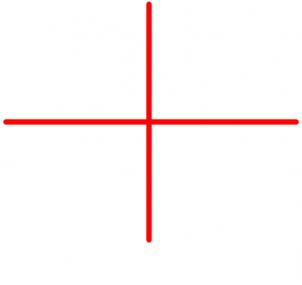 Etapa 2 By following the outlines, draw 5 rounded tips of the star as depicted and connect them with smooth curves. 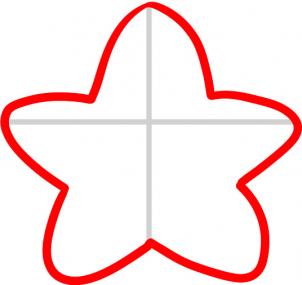 Etapa 3 Draw some oval shaped eyes with reflections in it as shown. Just erase the 2 lines. 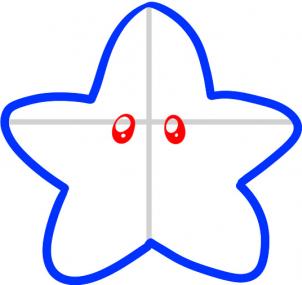 Etapa 4 Now you are done with your star for kids. But don’t forget to give some color to your star. 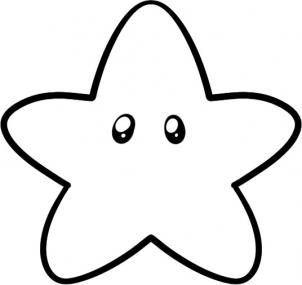