😍How to Draw Doraemon : Пошаговое руководство😍 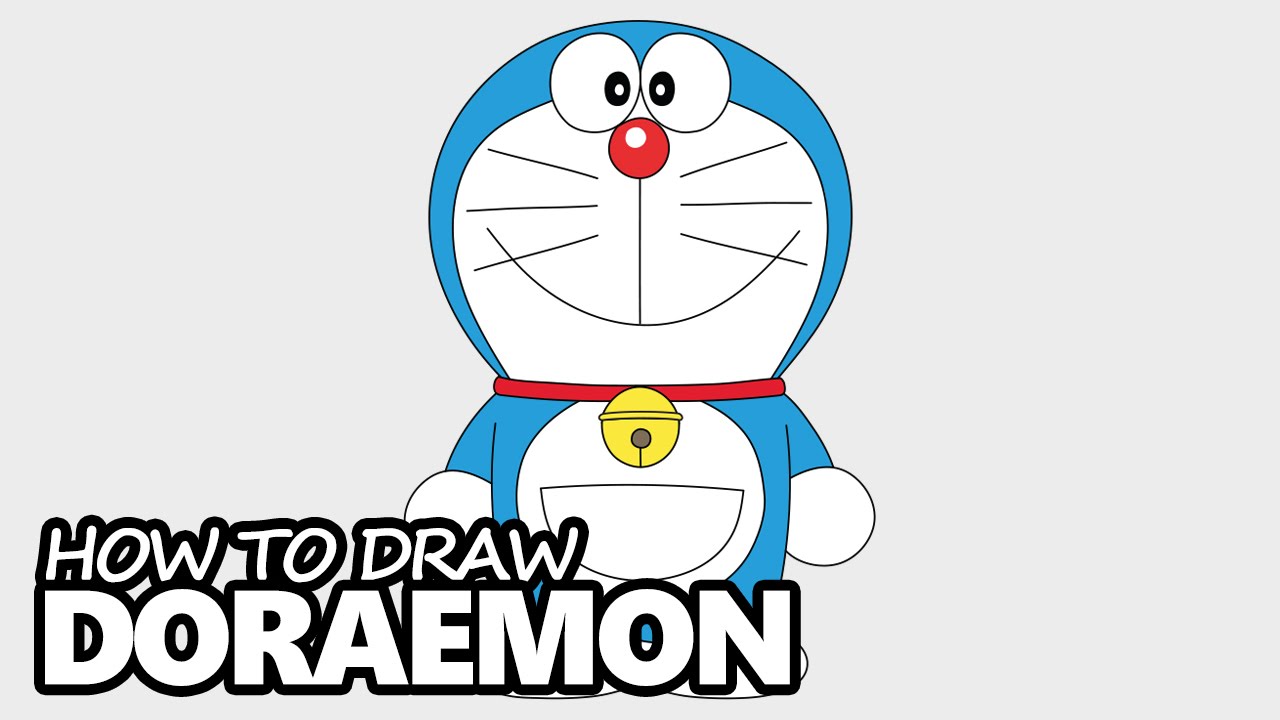 Шаг 1 Draw a circle for his head and draw the facial outlines.

Шаг 2 Draw the eyes which should be touching to each other and then draw a nose touching both the eyes. All of them are oval in shape.

Шаг 3 We need to separate the head and face i.e. divide the blue and white colors. После этого, draw a big smiling mouth with a M shaped tongue within it. Draw his nose and form the long whiskers. Give markings in the eye for pupils.

Шаг 4 Draw the body in the shape of a rectangle and attach hands to it with circular fingers.

Шаг 5 At last draw his collar and bell on his neck and draw the pattern as shown on his body. Complete the figure by drawing oval shaped foot.

Шаг 6 Erase all the outlines and color it with blue and white. После этого, your Doraemon is ready to play with you.