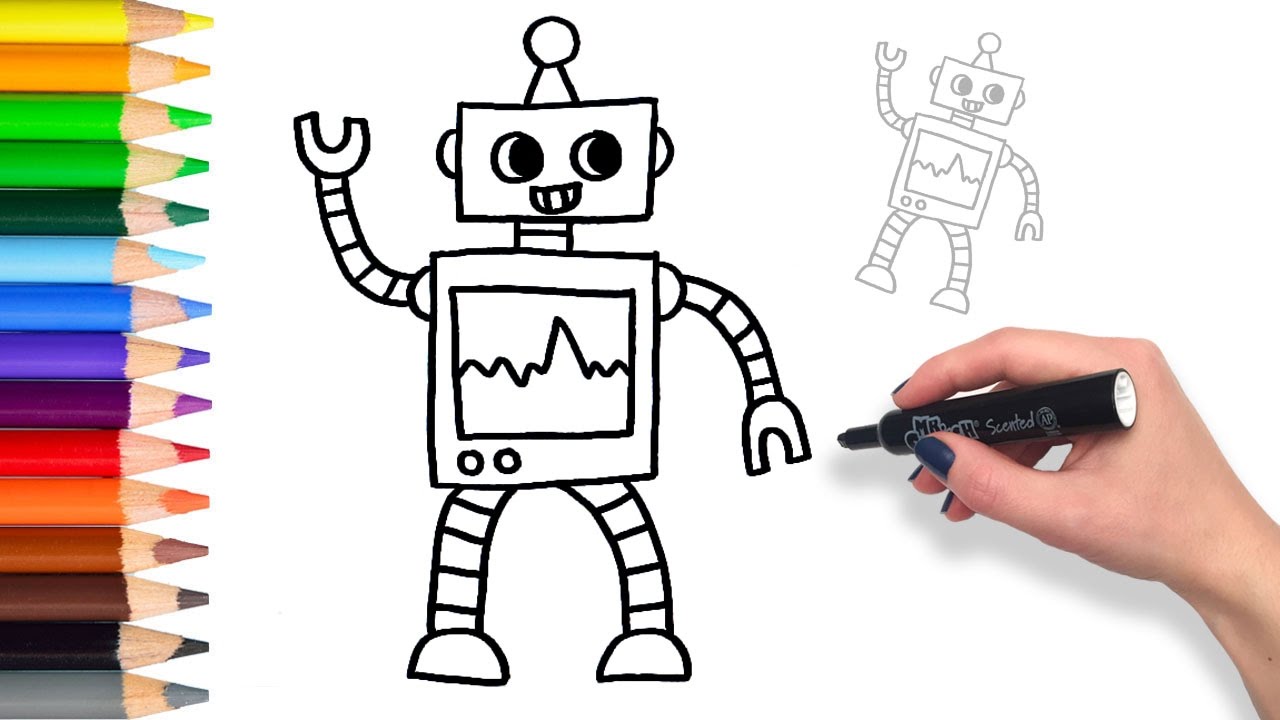 Step 2 Draw 2 circles for the eye and draw a rectangle for the mouth. Fill the mouth with straight lines to form the teeth. 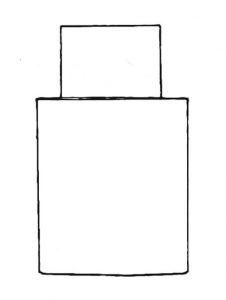 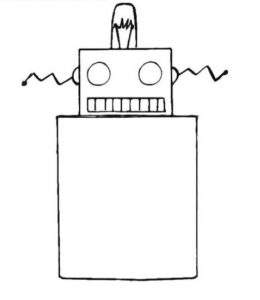 Step 4 Draw circles for the shoulders and joints. Draw rectangular shapes to form the arms. 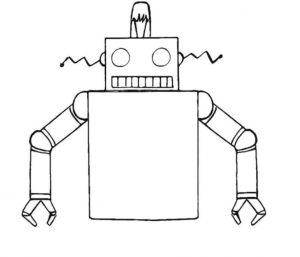 Step 5 Draw long rectangles for the legs and then draw semicircles for the feet. 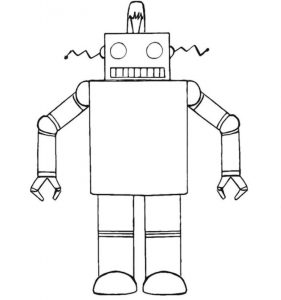 Step 6 Detail the chest with whatever you think of such as meters, arrows and small switches. 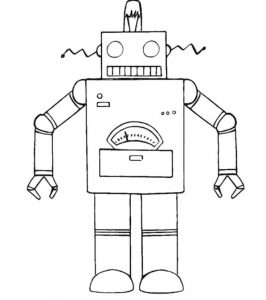 Step 7 Fill colors in the robot as shown. After that the robot is ready to follow your orders. 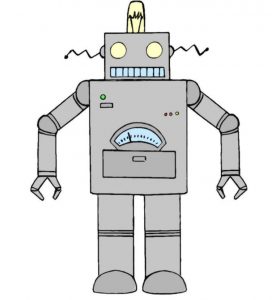